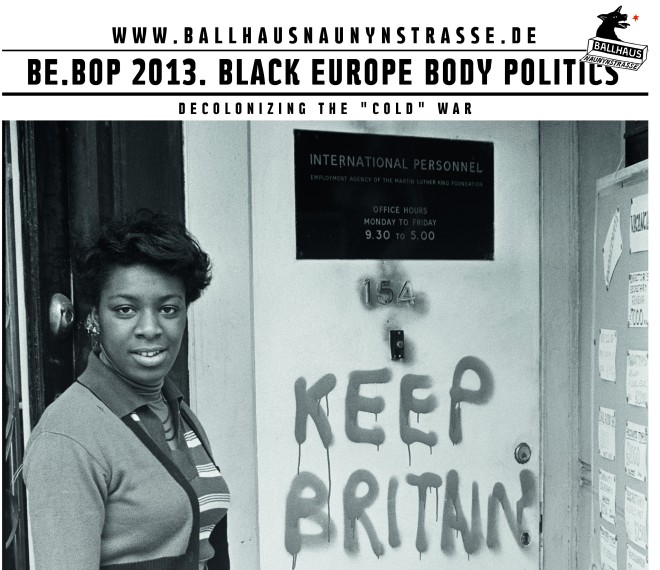 After its outstanding debut last year, this second  edition of the series BLACK EUROPE BODY POLITICS was expanded with live performances and an all-day screening commemorating Malcolm X´s birthday at the Hackesche Höfe Kino, in cooperation with AfricAvenir.

DECOLONIZING THE “COLD” WAR is the first Afropean performance showcase and was accompanied by roundtable discussions on the aesthetic legacy of the Black Power movement in the radical imagination of Diaspora artists. Parallel to this, its influence in liberation and decolonization struggles in the Global South during the so-called “Cold” War was approached from the continuities of coloniality. According to Enrique Dussel, a liberation philosopher and decolonial thinker, this war was never “cold” in the Global South.

We are witnessing a kind of global revivalism on documentary material on the Black Power movement (a good example is the release (2011) of Black Power Mixtape 1967-1975, by Göran Olsson) and dozens of seminars and conferences are mushrooming all over Europe on the so called “Cold” War. In these hegemonic narratives the global South is usually considered as a mere recipient of Western imperialism.

During this festival, the story was told from the perspective of the self-affirmation of Black Power. The emblematic figure of Angela Davis created a planetary movement of solidarity that went beyond the term “Black Internationalism”. These narratives of re-existence were analyzed in relation to Frantz Fanon´s fundamental role in global South liberation struggles during that period. His interactions with Jean-Paul Sartre were the focus of some of these unprecedented debates. The worldwide solidarities resulting from the Black Power movement united people beyond racialization and political agendas. BE.BOP 2013 celebrated a paradigm shift that transformed the Black Body into a source of inspiration and beauty prevalent until today.

Center for Global Studies and the Humanities + IDEA. Arts + Society 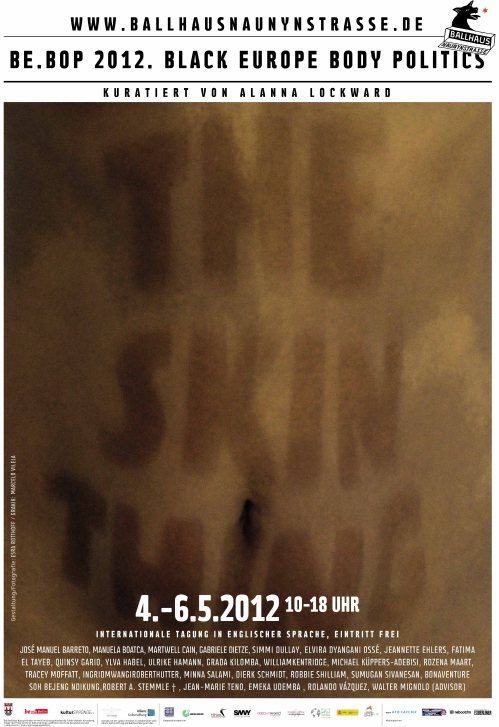 BE.BOP 2012- BLACK EUROPE BODY POLITICS was the first  international screening program and transdisciplinary roundtable centered on Black European citizenship in connection to recent moving image and performative practices. It was inaugurated at  Ballhaus Naunynstrasse, a translocal theatre space which serves as point of arrival for artists from (post) migrant communities and beyond, founded in 2008 by Shermin Langhoff with the support of Fatih Akin.

The framework of this meeting was circumscribed within decolonial theories which expose how the idea of citizenship is linked to current racializing configurations and hence with the limits of humanity. In that sense, the racial hierarchy of human existence, originating in the Renaissance and prescribed legally during the Enlightenment, established current (white-male-heteronormative-Christian-Western) European notions of who is Human and who is lower in that hierarchy, thereby designating citizenship, one of the most important legacies of modernity. The time-based positions discussed at this meeting were selected because they contest (racializing) fantasies on European citizenship.

By means of analyzing these narratives of re-existence, BE.BOP 2012 aimed at facilitating a long-term exchange between specialists in disciplines unrelated to visual arts and time-based art practitioners of different contexts of the Black European Diaspora. It successfully created multiple dialogues across the fields of history, legal studies, theatre, art and political activism.

This meeting was motivated and theoretically embedded to Decolonial Aesthetics and more specifically to Decolonial Diasporic Aesthetics, a term coined by curator, Alanna Lockward. In the spirit of the transformative and liberating qualities of performance art, this event was free and open to the public.

Free and open to the public